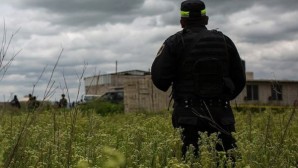 Mexican media reports said 14 bodies were found at a farm in the city of Lagos de Morano in Jalisco state, where the country’s most powerful drug cartels are located, and at a pit nearby.

Officials shared information that the bodies of 7 people, one female, were removed from the farm and the others from the pit with their hands tied.

Experts from the Jalisco Institute of Forensic Sciences said work was under way to determine the causes of death of the bodies.

The “Jalisco New Generation” drug cartel, operating in Mexico’s Jalisco state, is known as the most powerful group in the region.

In the same area, 274 bodies were found as a result of excavations in secret tombs, houses and other locations since the beginning of the year.