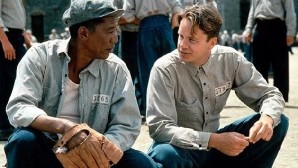 Directed by Stephen King’s famous novel, Bed The Cost of Bondage, Frank the director Frank Darabont interviewed a local magazine in the United States as a result of the film’s 25-year-old film.

Confession in the film Director

For the film Es The Cost of Bondage birinci, which is ranked first with the highest score according to IMDb, which is rated by single users over the internet and which is important for the film industry, “This is surreal for me. When I look at this list, of course I see movies like The Godfather and Citizen Kane, and I can’t help but wonder if the price of captivity is really better than these. It’s a little hard to believe, but it’s the cinema audience who decided to vote. This is satisfactory ”.

Syrian refugees is increasing on the border with Turkey
ZİYARETÇİ YORUMLARI