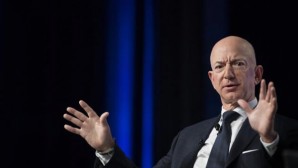 Internet shopping giant Amazon, one of the companies named in the tender, said it would appeal to the court on the grounds that the tender was awarded to Microsoft in a biased and error-ridden assessment.

THEY ACCUSED TRUMP OF INAPPROPRIATE PRESSURE

The Amazon company has accused US President Donald Trump of “improper printing” in the $ 10 billion tender awarded to Microsoft by the Department of Defense (Pentagon). Amazon, in its petition to a US Federal Court, suggested that Trump had engaged in public overt and covert attacks to harm Jeff Bezos, owner of The Washington Post, and undermine the company’s tender offer.

THE TENDER WAS ASKED TO RECONSIDER

“The question is whether the president of the United States should be allowed to use the Defense Department budget to pursue his personal and political goals,” the petition said.”said in a statement. The petition also called for a reconsideration of the $ 10 billion tender awarded to Microsoft.

RESPONSE FROM THE PENTAGON

Pentagon spokeswoman Elissa Smith would not comment on Amazon’s claims, but said the company that won the tender was selected by specialist teams without any outside influence.

THE PROJECT WILL BE COMPLETED IN 10 YEARS

The project, which includes moving all of the ministry’s data, including confidential information, to the cloud to be installed, will be completed in 10 years.