A Turkish citizen living in Guangzhou, China, who is a highly specialized General Surgery doctor, made shocking statements about the corona virus. 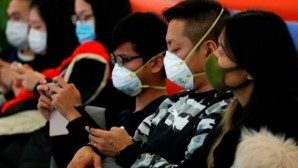 A Turkish citizen living in Guangzhou, China, who is a highly specialized General Surgery doctor, made shocking statements about the corona virus. He said the virus, which is occurring in China and is growing, was not as reflected in the media.

The new type of deadly virus has become a nightmare for the world as the world-shaking corona virus has emerged in Wuhan, China and spread throughout the country.

According to the Turkish doctor from China, “there are now 25 million infected. There are about 40 thousand dead. The reason the streets are empty in the city where the virus originated is that there are so many who died,” he said.

He thinks the virus is transmitted from a highly consumed snake in that region as a cause of its spread. He said the remains were found in the puddle where the snake grew, which resembled the remains of a missile.

The interesting explanations made by the Turkish citizen who is a general surgery doctor are not limited to this. The Chinese government said it thought it was a biological attack and the extent of the incident was serious as it appeared.

“China has sent agents and infected the places where this attack could come, because it is thought to be a biological weapon, ” he said. So they think it will spread to the world in a short time. The virus is different from all known forms of viruses. The bacteria and viruses that are present in the body it enters settle down like mutants and activate them. How this situation will be resolved is unknown to scientists,” he said.