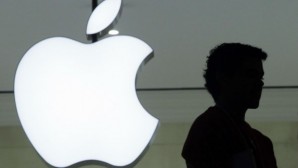 Crimea, a peninsula linked to Ukraine, was annexed by Russia on March 18, 2014.

Technology giant Apple, showing that territory still belongs to Ukraine in its own maps and weather apps, had caused Russia’s backlash.

THE EUROPEAN PARLIAMENT IS ALSO REACTING TO THE SITUATION

Some lawmakers in the European Parliament have written letters to U.S.-based technology company Apple that show Crimea, which was illegally annexed, as Russian soil in its applications.

The letter, sent to Apple, said: “it is a bad situation in Crimea to overlook sovereignty in that region in the geopolitical sphere. You have to keep international law above your earnings. Our message is very clear to you. No country can be higher than international law.”

In 2014, as a result of the political crisis between Russia and Ukraine, a controversial referendum was held in Ukraine’s Autonomous Republic of Crimea, attended by 135 observers from 23 countries, and the referendum resulted in “we want to connect to the Russian Federation”.

Many times after the Russian Federation recaptured Crimea in a referendum, there has been a map crisis between Ukraine, Russia and the Apple trio. It seems that this crisis will continue to happen in the coming days.

Employees can select working hours in that country
ZİYARETÇİ YORUMLARI