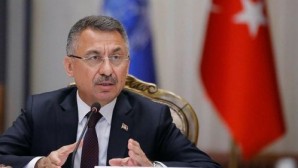 The European Union, the refugee problem in the past years with refugee agreement signed with Turkey resolve its own terms .. But the point of the stage, made the need for any of the substances yardımsal Located in the agreement. The European Union, which pledged support for the refugees to Turkey and Prime Minister Recep Tayyip Erdogan reminded that the agreement made accordingly, referring to whether the fulfillment of these words of support; “We will continue to chase. This journey can lead us to a different place. What is different place, happened was not happened, we will have to open the doors. Either you give support, or do not excuse.” said

Refugee Panic in the European Union

Turkey Prime Minister Recep Tayyip Erdogan’s statements were made jets while sitting at anchor in a statement sonrta the European agenda. Natacha Bertaud European Commission spokesman, said the rest would be sent to Turkey to 5.6 billion euros.

Vice President Fuat Oktay; “No Threats, No Bluffs! These Are Real”

While the panic atmosphere started in the European Union, Vice President Fuat Oktay made a statement.

“This is neither a threat nor a bluff. This is a fact,” Vice President Fuat Oktay said. used