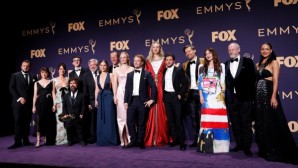 The Emmy Awards, recognized as the Oscars of the television world and given to American television productions, won their 71st award this evening at the Microsoft Theater in Los Angeles.

For his performance in the series, Peter Dinklage won the Emmy Award for Best Supporting Actor for the fourth time. Billy Porter, who was chosen Best Actor for his role in Pose, made history as the first open co-winner to receive an award in this field.

Phoebe Waller-Bridge was named Best Female Comedy, defeating her rival Julia Louis-Dreyfus, who won the same award eight times. Jodie Comer, who was chosen Best Actress in Drama, was one of the surprises of the night. Surprisingly, Comer admitted that he did not invite his parents to the ceremony because he did not expect to win.

Employees can select working hours in that country
ZİYARETÇİ YORUMLARI