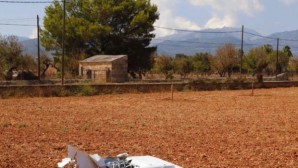 Spain’s Mallorca Island crashed with the collision of aircraft and helicopter. According to the statement made by the administration of the Balearic Islands Autonomous Community of Spain; According to Turkey at 13:30 local on the island of Mallorca in the vicinity that it is understood that information for a small passenger plane and helicopter collide.

5 people were killed in the accident

In the statement made by the local government, a total of five people, including one child, were killed. emergency forces and security forces were shipped to the scene, the plane and helicopter crashed into the empty field was announced.