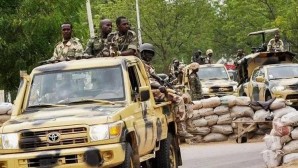 Niger and Nigerian armed forces conducted operations against kidnappers and thieves at the border linking the two countries, according to news on Niger national television. More than 30 people were disabled during the operation and many were arrested.

Bazoum Mohamed, Minister of Interior and Public Security of Niger, said the two kidnappers’ camps on the territory of Nigeria, as well as those killed and apprehended during the joint operation of Nigeria and the Niger army, were dissolved.

Stating that a successful operation was signed, Mohamed said security checks at the borders would be increased.

The kidnappers who kidnapped the businessmen and important people in the region take the people to the camps on the border and demand a ransom in return for their release.

Amazon, which lost bidding in the US, blames Trump
ZİYARETÇİ YORUMLARI