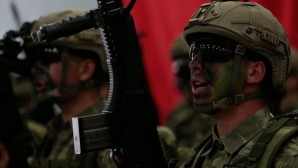 In the published list; Turkey’s military power, to be in front of some countries that are members of both the EU and the G7 surprised other countries

Turkey between NATO member countries was 4.

According to Global Firepower; The 10 most powerful countries in NATO