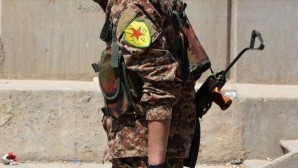 Within the scope of the so-called struggle with ISIS / ISIS, the US also supports the PKK / YPG terrorist groups, where it provides logistic and financial support, in the field of education. Since 2015, the United States has been fighting against ISIS / ISIS and has provided military support to PKK / YPG terrorist groups. The US has 18 bases and 2,000 men in Syria. within the framework of these situations, the PKK / YPG holds one-third of Syria.

With the support of the United States, the PKK / YPG has trained over 700 terrorists

The YPG / PKK, which occupied northeastern Syria, trained more than 700 terrorists in the last few months with US support. Earlier Turkey verge Jesus and found the same training given in Tel Abyad, after starting from safe zones reconciliation talks between the US and Turkey moved to the southern and eastern parts.