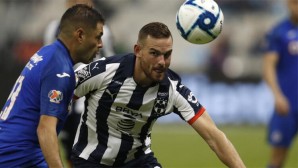 Dutch footballer recorded his first goal in the 7th match last night. Cruz Azul team started the match in the first 11 Janssen 1-0 home team continued with the advantage of the match 74 minutes of the match shook the networks.

In 2016, Tottenham announced that Vincent Janssen, which received a 22 million euro testimonial, was transferred to Monterrey for 6.3 million euros.