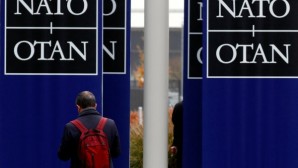 According to diplomatic sources, NATO has two security plans, one for the Baltic states against Russia and one for Turkey against threats from the South. These plans are approved by the NATO Council and updated and published every two years.

US BACKS YPG AGAINST TURKEY IN NATO

The US will be legally responsible for their support of the YPG/PYD when the document is released, “Turkish officials said in an appeal to the US.”he judged.

The document was approved by the NATO Council but has not yet been released. Turkish officials said: “If the plan prepared for Turkey has not been published, we will not allow the other.”he reacted to the situation.

“THE SAME SENSITIVITY SHOULD BE SHOWN FOR TURKEY”

The issue was also raised at a meeting of NATO foreign ministers in Brussels on November 20th. At the meeting, the Turkish delegation asked that” those who want the report prepared for the Baltic states to be published show the same sensitivity for Turkey”.

Meanwhile, officials from the State Department and the Ministry of National Defense are also making joint assessments. Turkish officials say they are open to offers.

Stoltenberg wanted to meet with Turkish officials before his recent visit to Turkey as part of his efforts to resolve the issue. Although the Turkish delegation went to the meeting, the US delegation did not attend the meeting.

The Turkish side stresses that efforts are underway to resolve the issue, but that no results have been obtained yet.